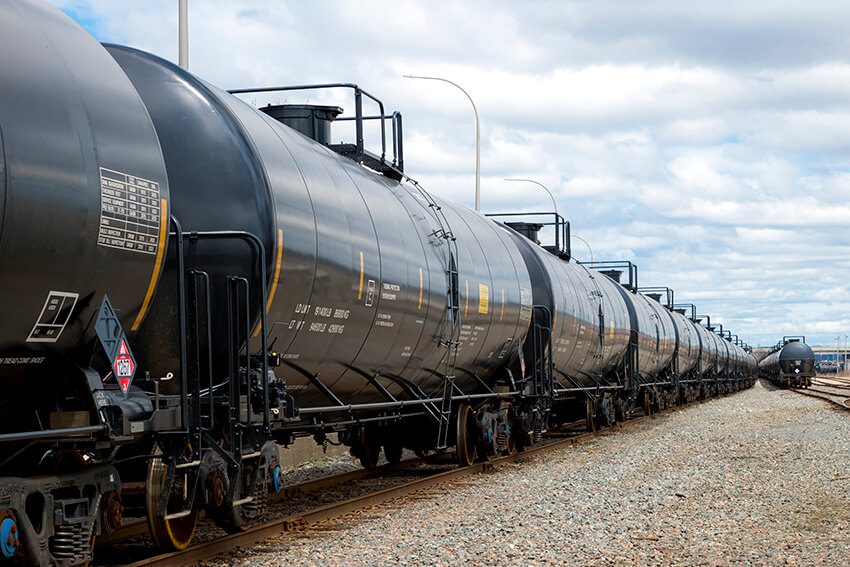 A Minnesota appeals court recently upheld a $15,343,753 jury verdict award in the case of Scott Kowalewski versus BNSF Railway Company. The court also approved an additional $5,846,281 in sanctions, awarded for BNSF’s “pervasive” discovery abuses and destruction of critical evidence.

The verdict is the largest FELA (Federal Employers Liability Act) ruling in Minnesota history, and the sanctions award is the largest of its kind in the nation. Despite the seriousness of Kowalewski’s injuries and the breadth of the railway company’s misconduct, BNSF’s offer both before trial and on appeal was $0.

On January 14, 2014, Kowalewski and a co-worker were exposed to a venting tanker car on Northtown Yard in Minneapolis. The tanker cars, which were carrying toxic petrochemicals from the oil fracking fields, were being sorted, or humped, in the yard where the two-person crew was working. The cars should not have been humped because of their delicate and hazardous contents. However, BNSF manipulated its computer system to reclassify the cars as carrying a less dangerous product, one capable of being humped. The cars were nevertheless slamming into each other at 8 mph, nearly twice the allowable speed.

Because the cars collided at almost twice the regulated speed, one of the cars vented. Poisonous gas then rushed toward the area where Kowalewski was working.

BNSF began an immediate cover-up of the facts of the accident and the seriousness of the toxic exposure. Without permission to speak to Kowalewski’s doctors, railway representatives nonetheless stated that Kowalewski was merely exposed to a benign chemical that would not cause long-term harm. BNSF also downplayed the incident to the Federal Railroad Administration, reporting that it was nothing more than a “false alarm” and required no further investigation. If BNSF had been forthcoming about the toxins to which Kowalewski was exposed, he could have received treatment to prevent the injuries caused by inhaling those fumes.

Though the 11 toxin-carrying tanker cars were the only cars moving in the yard at the time of exposure, BNSF investigated unrelated tanker cars that had been sitting empty for two days. The purpose of this shell game was so that BNSF could later claim that no exposure occurred. The railway doubled down on its deception by leading local emergency responders to the empty tanker car rather than to the 11 cars that had been bumping together just five yards away from Kowalewski.

Later, BNSF eradicated audio recordings of the fraudulent investigation to erase any trail of its actions. In addition, before sending them out of the yard, the company declined to inspect the tankers that had vented the toxic gas.

BNSF then destroyed shipping papers for the tanker cars, which showed the contents of the vessels. When it was discovered that the railway sabotaged evidence, BNSF fabricated false documents to cover up the cover-up. In fact, BNSF falsified three separate sets of contrived shipping papers because it was unsatisfied with the results the first and second time.

Video depicting the workers’ injuries was also destroyed. BNSF denied that any venting occurred in this case or others and refused to present the tanker cars for inspection, despite the trial judge ordering the company to do so.

BNSF also falsely claimed that no other incidents involving the product had occurred in open court. Joe Sayler of Bolt Hoffer Boyd Law Firm uncovered documents showing that casinghead gasoline, a highly toxic biproduct of oil fracking, was the commodity in the tanker cars and that seven other incidents involving the same product shipping from the same location had previously occurred.

The railway denied any wrongdoing and accused Kowalewski’s attorneys of engaging in conspiracy theories. But the trial judge disagreed, stating numerous times that BNSF’s conduct was “deliberate,” “willful,” and “purposeful.” A week before the scheduled trial, the judge determined that because of the “pervasiveness” of BNSF’s misconduct and the impact it had on the case, BNSF was liable as a matter of law. A jury trial for damages ensued. Additional monetary sanctions for BNSF’s misconduct were reserved for after the trial.

During the trial, BNSF argued that Kowalewski was seriously injured but that the jurors should only award him a fraction of his actual damages. The railway contended that granting full compensation would encourage Kowalewski to stay home and not try his hardest to thwart the progressive neurological disorder that BNSF’s wrongdoing had caused.

The jury also dissented, awarding Kowalewski $15,343,753 in damages, the full amount allowed under FELA. The decision was intended to provide funds for Kowalewski to obtain home nursing assistance, a handicap-accessible home, and the medical care he will need as the disorder progresses.

Because of the railway’s pervasive misconduct and its effect on Kowalewski’s case and his health, the trial judge sanctioned BNSF an additional $5,846,281 after trial. In a 42-page order, the judge noted that BNSF perhaps caused or worsened Kowalewski’s condition by withholding or obstructing details crucial to the timeliness of his assessment and treatment after exposure. The court also indicated that if not for a tremendous effort from Kowalewski’s attorneys, BNSF’s comprehensive cover-up would have deprived Kowalewski of the funds needed to survive with his condition. In fact, two other law firms turned down this case before he found attorneys willing to dig into the hidden details.

The $5,846,281 sanction is the largest of if its kind in the United States. In reaching the penalty, the court cited being particularly disturbed by BNSF’s nationwide pattern of destroying and fabricating evidence, lying to injured workers and judges, and engaging in cover-ups when its workers have been injured on the job. Especially alarming is that BNSF openly admitted to attacking injured workers’ cases, publicly comparing its tactics to sports games. The railway also confessed that it considers minor sanctions a “yellow card,” or a caution. The judge was not impressed and gave BNSF a “red card” this time.

On appeal, BNSF attacked the trial judge, calling her strategies absurd and illegal. Ironically, BNSF argued that the actions for which it was being accused were criminal in nature. As such, the railway explained that it should have received criminal protections.

Kowalewski and his attorneys agreed that BNSF acted in a criminal manner in this case and others but argued that this was not the point of sanctioning BNSF for destroying evidence in a FELA case. A three-judge Court of Appeals panel agreed with Kowalewski and the trial judge, unanimously upholding the verdict and sanctions in Kowalewski’s favor.

BNSF was then ordered to pay Kowalewski the entire $21.1 million judgment. In addition, the railway was instructed to pay $2.7 million dollars in post-judgment interest for wrongfully pursuing its frivolous appeal.

Sayler, Bolt Hoffer Boyd’s lead FELA attorney, was co-counsel on the case. The 42-page order imposing sanctions contains more details about BNSF’s conduct. A complete copy of the order is available free of charge by contacting Bolt Hoffer Boyd or one of its field representatives.